Don’t look now, but the third and fourth lines are carrying the Colorado Avalanche right now. The fourth line started the scoring, the third line got the lead for good, as the bottom-two scoring lines totaled three goals to lead the Avalanche to a 5-1 road win over the Minnesota Wild on Saturday.

Joonas Donskoi’s power-play goal just seconds before the first intermission gave Colorado a 2-1 lead at the break, and they never looked back. Logan O’Connor opened the scoring just three minutes into the game, netting a goal on his first shift of the season for the Avalanche. JT Compher added a power-play goal in the third, his first of the season.

All four lines scored for the Avalanche in the win. Mikko Rantanen scored his seventh of the season early in the second period. That goal made him the first player in team history to score a goal in five straight road games to start the season. Nathan MacKinnon added two more assists to put his season total at 10.

For as scattered as the play was for the Avalanche’s second, third and fourth lines were earlier this season, Donskoi has been a consistent offensive threat all year, and Brandon Saad is heating up. 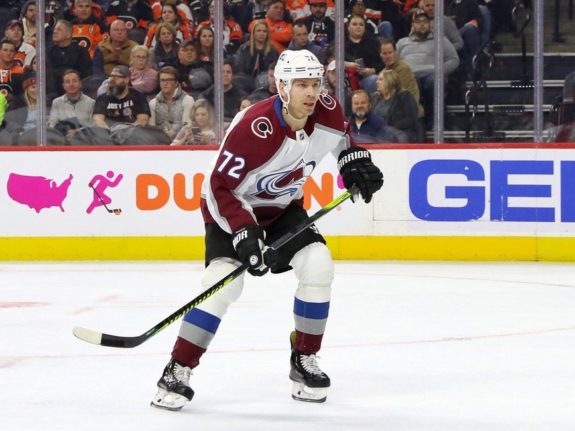 Splitting time between all three of Colorado’s bottom three scoring lines, Donskoi now has four goals on the season – tying him with Saad for second on the squad only to Rantanen’s seven goals. Donskoi averages barely more than 12 minutes of ice time on the season, but he’s making the most of his chances. Donskoi has scored a point in three consecutive games, and has six points on the season.

Saad tallied a goal and an assist on Saturday, giving him six points in his last three games. He had only one point through the first six games combined. The Avalanche have scored a power-play goal in eight of their nine games this season. Colorado has won three in a row, outscoring their opponents 15-4 during that stretch.

Colorado’s fourth line has been a thorn in the side of opponents all season, but even injuries haven’t slowed them down. Depth has been tested with high-energy guys like Matt Calvert and Pierre-Edouard Bellemare being lost to injuries in the early going. But coach Jared Bednar has mixed and matched to great effect.

Tyson Jost has been a solid contributor on the line all season – regardless of who his linemates have been. Even though he doesn’t have a goal yet, he might be in the midst of his most consistent season so far. Jost logged almost 14 minutes on Saturday, and the line logged four shots on goal.

O’Connor’s goal took a lucky bounce off Minnesota goaltender Kaapo Kahkonen’s stick for the first goal, but hard work sometimes delivers good bounces. The goal came on his first shift of the season. 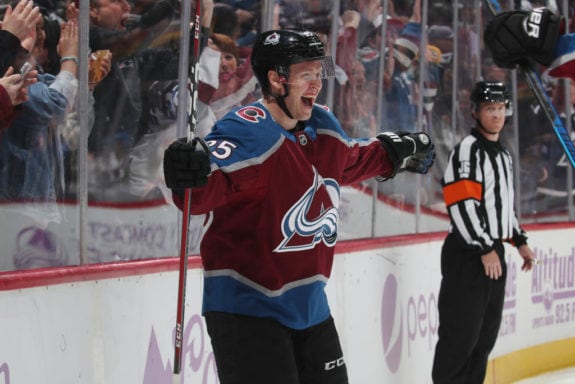 Logan O’Connor of the Colorado Avalanche celebrates after scoring his first career NHL goal against the Edmonton Oilers at the Pepsi Center on November 27, 2019 in Denver, Colorado. (Photo by Michael Martin/NHLI via Getty Images)

Kiefer Sherwood was playing in just his third game of the season, and logged more than 10 minutes of ice time – his most of the campaign. He also drew a pair of penalties in the win. Colorado was 2-for-7 on the power play, and the fourth line was responsible for drawing four of those Minnesota penalties. There is no timetable for Calvert’s or Bellemare’s return, but production like this makes it easier not to rush anybody back.

The injury bug struck the Colorado blue line again early on Saturday. Midway through the first period, Erik Johnson was drilled by a check from Minnesota’s Jordan Greenway near the boards. The clean hit knocked Johnson up off his skates, and he landed awkwardly, face first.

The injury strains a defensive corps that is without Devon Toews, who didn’t make the trip to Minnesota after getting struck by a puck in Thursday’s 3-0 win over the San Jose Sharks. The Avalanche have played 10 different defensemen this season, but only Cale Makar and Samuel Girard have played in all nine games.

Colorado has had to be creative with their defensive pairings all season. Early in their four-game road trip in California, the Avs rolled with seven defensemen. That strategy came in large part because of the inexperience of the bottom part of the unit. 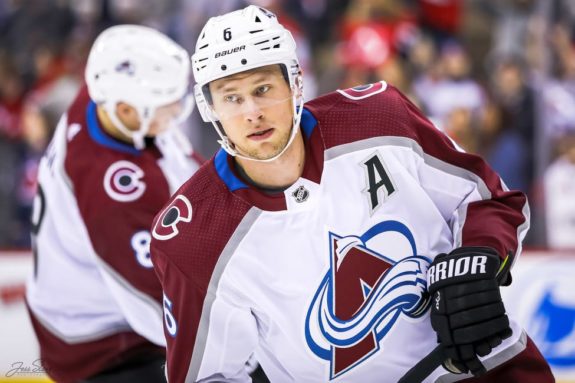 Coming into this season, Bo Byram, Dennis Gilbert and Connor Timmins had just 24 games of NHL experience combined – and all 22 of those games belonged to Gilbert. The Avalanche will likely have to rely on those three for increased minutes if Toews and Johnson miss extended time, which is expected.

Byram clearly isn’t playing like a 19-year-old rookie, and only looked like a rookie for about one shift. His ice time will certainly tick up, and players like Ryan Graves will likely see more time on the penalty kill with Johnson gone. Johnson missed five games already this season as he worked himself back into game shape after recovering from COVID-19. He has just one assist on the season.

Colorado takes on the Wild again on Sunday in St. Paul in the second of four consecutive games between the two. The Avalanche will host the Wild for a pair in the middle of next week.

The post 3 Takeaways From Avalanche’s 5-1 Taming of Wild appeared first on The Hockey Writers.